Differential diagnosis of Zika virus and other arboviruses in specialized center.

After infection with Zika virus, the body produces antibodies that can be detected in whole blood, plasma or serum from week after onset of symptoms. This rapid test detects IgM antibodies that would be indicative of a recent infection, as these are the ones that first appear after infection and remain at detectable levels for two or three months. In addition, the test detects IgG antibodies to Zika virus, which take longer to appear but remain at detectable levels for longer periods of time, and therefore are a good indicator of past infections. 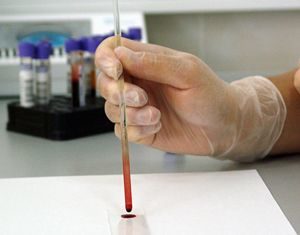 The window period of this Zika test in the case of no symptoms may be variable. When symptoms appear, it can be done in about a week with a second confirmation test at two or three weeks. When there are no symptoms, it is advisable to wait between three and four weeks for the test to be performed and to make a later confirmation.

In the primary infections with members of the flavivirus genus such as Zika or Dengue viruses, it has been shown that cross-reaction of antibodies to genetically related viruses is minimal. However, in people with a previous history of flavivirus infection (especially Dengue) may cross-react with the test of Zika antibodies. Therefore our test detects antibodies of related virus such as Dengue, which also is transmitted by the same mosquito than the Zika virus:

The price of this antibody test for Zika and Dengue is 120 €. Each individual test has a cost of 90€. Since it takes between one and two weeks to produce antibodies to Zika, it is desirable to repeat the test after this time to rule out recent infections.

The disease by Zika virus is due to infection by a flavivirus that was first identified in Africa in 1947 and since then has caused different outbreaks in the same continent, Asia, America and Pacific regions. It has more recently been when there has been a large outbreak of Zika virus, which has also had a major impact on Public Health since it has been suggested that there is an association between Zika infection and Guillain-Barre syndrome in adults and cases microcephaly in newborns. 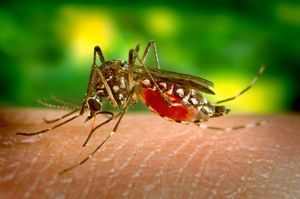 What are the symptoms Zika virus disease?

The incubation period, which is the time between the transmission of the virus and the onset of symptoms, last a few days. The symptoms are usually mild and may have no noticeable symptoms of the disease. In general, when they appear, symptoms disappear in about a week and are similar to those of infection with other viruses transmitted by mosquitoes such as Dengue and Chikungunya, and include fever, headache, muscle and joint pain, skin rashes and conjunctivitis.

As the disease Zika virus is usually mild specific treatment is not necessary. Simply keep resting, hydration and take medication for pain and fever.

Recently, it has reached a scientific consensus that suggests as possible complications from infection with the virus Zika the microcephaly in newborns of mothers who became infected during pregnancy and Guillain-Barre syndrome, an autoimmune neurological disorder in which the body’s immune system attacks the peripheral nervous system.

The main form of transmission of the virus Zika is through the bite of infected Aedes mosquitoes found in large areas of the planet. An interesting fact is that these mosquitoes transmit other diseases such as dengue, chikungunya disease and yellow fever.

It can be transmitted sexually, especially from men to women since the virus remains at detectable levels in the semen during two to three months after infection.

Furthermore, since the first days of infection the virus is detected in the blood is possible transmission via transfusions. However, the viral load becomes undetectable Zika in one or two weeks so this route of transmission is rare.

How to prevent infection by the virus Zika?

Protection against mosquito bites is essential to prevent infection by the Zika virus. This includes the use of light-colored clothing mainly to cover the most of the body, prevent mosquitoes from entering homes, use mosquito netting on the bed and use insect repellents.

And if you have doubts … come see us

EMPIREO SL performs ETS tests from 4 to 7:30 p.m. WITHOUT AN APPOINTMENT.

Patients for the diagnosis of SARS-CoV-2 (COVID19), may be seen in the morning and afternoon, but ALWAYS BY APPOINTMENT.