After three days of infection by HIV, the viral load in the blood increases and the virus begins to be detectable by ultrasensitive techniques such as quantitative PCR that can detect from only 20 copies per milliliter of blood, a really small amount taking into that during the first days of infection viral load can reach millions of copies per milliliter of blood. Since the viral load does not evolve in the same way from one person to another, the recommendation is to wait at least 7 days after exposure to an analysis of viral load.

The analytical sensitivity of these tests is low viral loads above 99%, reaching values close to 100% when the viral load increases.Consultation with our experts which is the test that best fits your needs based on the window of each test period.

The detection limit of this test is not as sensitive as that of quantitative PCR. Therefore, for detection of HIV by qualitative PCR it is necessary to wait at least 15 days from exposure to the virus. In addition, the results of this test take a little longer and are usually available in 72 hours.

This rapid test simultaneously measures HIV-1 p24 antigen and the antibodies generated by the organism against HIV. The combined detection of antibodies and p24 antigen increases the effectiveness of this test above which that detect antibodies only. Normally our body creates them between 3 and 6 months after virus exposure. Before 3 months you may not have created antibodies and therefore the test loses reliability. Remember that the sensitivity of these tests is considerably lower than the PCR.

As with quantitative PCR, the results are available in up to 24 hours, although there is a possibility of having the results in only 90 minutes.

This HIV tests are available together with other STIs rapid tests: Knows other test packs.

You can find additional information on HIV testing on the website of the Ministry of Health, Social Services and Equality.

AIDS is caused by the HIV infection. Nowadays more than 27 millions people do not know that they have become infected and 16 thousand new cases arise every day. Numbers of AIDS are alarming. However, it is relatively easy to keep the virus under control. It spreads mainly through sexual intercourse or through direct contact with infected blood (syringes, transfusions…). In Spain, number of people suffering from AIDS keeps on growing independently of sexual habits. 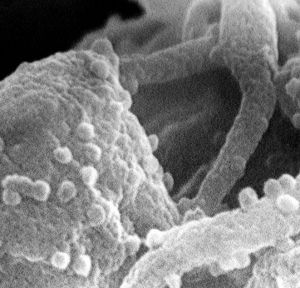 The virus and its detection

HIV is a retrovirus (Its genetic material is made of RNA rather than DNA) attacking the immune system cells, replicate within them. The detection was based on two techniques: the determination of the antibodies that the body against the virus or detection of the virus itself using a PCR assay. Antibody determination is effective once the infected individual incurs, it is known that this occurs three to six months after infection and is known as “window period.” Meanwhile, PCR assays determine the presence of a direct way, ie virus, detecting the genetic material of the virus itself rather than the body’s response to infection (antibodies), which significantly reduces the time must pass since the infection occurs until it can be detected (weeks or months) or “window period.”

How is it transmitted?

Direct contact with infected blood or biological fluids (semen, vaginal secretions and to a lesser extent, with saliva) is main source of transmition. Thus, sexual relationships without protection, shared syringes or reused ones and motherhood when mothers have been infected are main ways of infection.

Risk is higher when you:

There are no vaccines or treatments which can heal completely this illness. However, mixture of different drugs applied today to treat AIDS patients has had a relative success when controlling the viral charge and assuring a better standar of living. Detection of infection in very first stages of the process means a remarkable advantage for the effectiveness of the available treatments.

And if you have doubts … come see us