The performance of PCR or NAAT (for nucleic acid amplification technique) in terms of sensitivity, specificity and ease of sample collection and transport is greater than that of any of the other available tests for the diagnosis of gonococcal infections. In the diagnosis of N. gonorrhoeae infections, the PCR has become the reference standard, displacing the culture tests of the microorganism that for a long time were this reference standard. In general, this is due to the difficulties in maintaining the viability of the microorganisms during transport and storage after obtaining the sample that is necessary in culture tests. 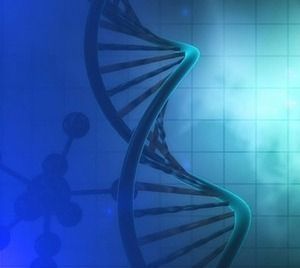 The extreme sensitivity of this test makes it possible to detect the infection even in samples with a low amount of bacteria, such as those that usually occur in asymptomatic N. gonorrhoeae infections. In this sense, the absence of symptoms in infections by this bacteria is not infrequent. The following table shows the frequency values of asymptomatic gonorrhea infections, based on what is described in the medical literature, which depends heavily on infected tissue.

What is the window period of gonorrea test?

Another factor to take into account is that the gonorrhea test by PCR allows to reduce the window period until about 48-72 hours after being exposed to the bacteria, due to the high sensitivity of this test with respect to other screening tests. In fact, PCR tests are approximately 20% to 35% more sensitive than other non-culture based tests.

Note that to detect gonorrhea infections in the urethra in men this test is performed using urine. This is less troublesome than the use of swabs for collection of urethral exudate. Therefore it is necessary not to have urinated at least two hours before the collection of the sample.

You can see the characteristics of our gonorrhea tests in this video.

It consists of a detection of gonorrhea antigens. The detection limit of this rapid test of gonorrhea is not as sensitive as in the PCR so in very recent or asymptomatic infections this value may not be reached and the use of nucleic acid amplification tests in the detection is recommended. The window period for the rapid test recommended by leading institutions in the study of the diagnosis of sexually transmitted infections such as the Spanish Society of Infectious Diseases and Clinical Microbiology is 1 week although if clear symptoms of gonorrhea infection appear they can be performed before that weather. Note that, the sensitivity value of this test in male and female cervical urethral samples is approximately 90%. The use of these tests is not recommended for oropharyngeal or rectal samples since the sensitivity of the test with these is very low (the diagnostic value is greatly reduced).

This gonorrhea tests is available together with other STIs tests: Knows other test packs. 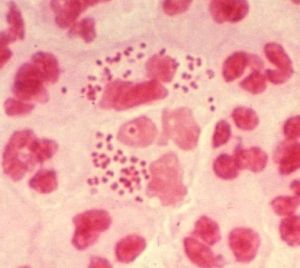 It is a sexually transmitted disease (STD) caused by infection with bacterium Neisseria gonorrhoeae. This bacterium reproduces in reproductive tract of both men and women, and can also grow in mouth, throat, eyes and anus.

How is gonorrhea infection transmitted?

It can also be transmitted from a pregnant mother to newborn during childbirth in women. To prevent eye infection baby iodine solutions in the eyes of the same are applied .

Those who have had gonorrhea and have been treated can be re-infected.

What are your symptoms?

This disease may be present without symptoms or develop between five to thirty days after infection. These symptoms are painful urination, whitish discharge from the penis in men or increased vaginal discharge, or vaginal bleeding between periods in women .

Because gonorrhea bacteria can grow on many human mucosa may occur depending on the site other complications in which infection develops. Thus, the anorectal infection is common, but not exclusive, men who have anal intercourse. In fact, rectal infection with gonorrhea also occurs in about half of women in diagnosed this pathogen. Most rectal Neisseria gonorrhoeae are asymptomatic, but in case of symptoms in men, these are similar to those of proctitis. Less frequently, the infection can also occur in the throat called gonococcal pharyngitis. Generally between 10 and 25% of people with gonorrhea also they have a throat infection. Gonococcal conjunctivitis in adults is rare but may occur more frequently in infants born to mothers with gonorrhea.

The biggest problem with gonorrhea infection are possible complications it presents.

What are the complications of gonorrhea?

When gonorrhea is not treated, it can cause serious problems.

In women, gonorrhea is a common cause of pelvic inflammatory disease (PID). It is a disease that may be present without symptoms and when they appear, are very nonspecific, including abdominal pain and fever. However, it can cause damage to fallopian tubes and may cause abortions, infertility or increase the risk of ectopic pregnancy.

In men, gonorrhea can cause epididymitis, a condition of the testicles that may lead to infertility if not diagnosed and treated.

That is, the non-diagnostic and treatment of gonorrhea, can cause, as more serious consequence, infertility in 10% of infected.

Sometimes the bacteria Neisseria gonorrhoeae causes inflammation of the joints called gonococcal arthritis is more common in women, especially sexually active adolescents. Normally, skin rashes and condition of one or more joints such as the knee, wrist and ankle occur. However, less commonly the infection can enter the blood and produce disseminated gonococcemia that can be very serious.
Disseminated infection, which can be very serious

Other complications from gonorrhea infection are the periurethral abscess, which produces pus accumulation in the tissues surrounding the urethra, and peritonitis.

How does gonorrhea affect a pregnancy?

Gonorrhea can cause premature pregnancies. All pregnant women should be tested for gonorrhea performed, even if they are not at risk for the disease. In case you are infected, you should consult your doctor as some of the antibiotics used to treat gonorrhea, are counterproductive to pregnancy.

And if you have doubts … come see us !

EMPIREO SL performs ETS tests from 4 to 7:30 p.m. WITHOUT AN APPOINTMENT.

Patients for the diagnosis of SARS-CoV-2 (COVID19), may be seen in the morning and afternoon, but ALWAYS BY APPOINTMENT.